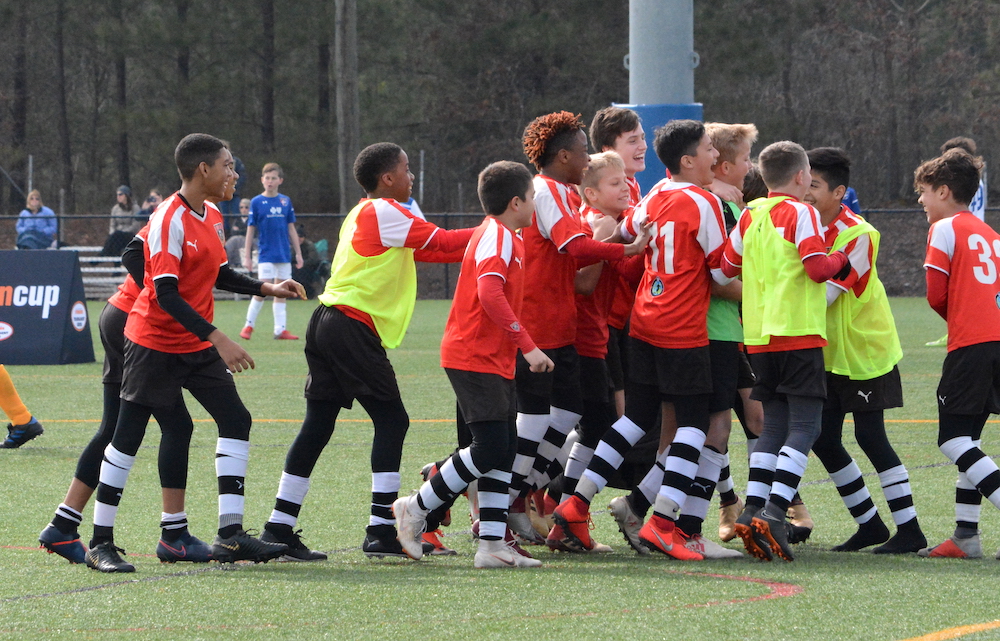 Richmond, Va. (Published on SoccerWire.com) – The Jefferson Cup Boys Weekend wrapped up play on Sunday, as champions were decided in the U10-U15 age groups. The first of four 2019 Jeff Cup weekends featured 408 elite level teams from throughout the U.S. and Canada.

Continue reading for a recap of the top brackets, along with a full list of champions and finalists…

Where Kicks Live  went undefeated in their four matches down in Richmond this weekend, capping off their tournament with a 2-1 win over Wake FC 09 Chelsea Jrs. Their 17 goals scored was the second most in the U-10 age bracket, behind only the Auburndale 2009 Blast’s 22, who won the Superior Division.

Nationals Oakland 08 Boys Black ran the gauntlet on Sunday, getting two big wins en route to earning the U-11 Championship title. After defeating United Futbol Academy 08B Forsyth Premier 3-1 in the semifinals they would go on to face Wake FC 08 Blue in the finals. Although it was a bit close at times Nationals came out on top pipping Wake 4-3.

After a long weekend, STA-MUSC 2007B NPL are at the top of the U-12 Championship division. The New Jersey-based side entered the business end of the tournament on Sunday with an undefeated record, having won both of their matches in league play. They continued their winning ways on Sunday, defeating SYC Lions 07 Blue 8-1 in the semifinals and following that up with a 3-0 win over Wake FC Blue in the finals.

GSA 06B ECNL had a tough final on their hands Sunday afternoon when they faced off against Carolina Elite 06B ECNL in the U-13 Championship tile match. The two Boys ECNL sides entered the final undefeated, with GSA defeating STA-MUSC NPL 2-1 to book their spot in the final, and Carolina blanking Watchung Hills NJ Elite 3-0. Despite facing a side that had conceded just two goals during group play, the GSA attack persevered, netting two goals, and ultimately winning in penalty kicks following a 2-2 draw.

Benjamin Garcia netted both goals for GSA in the final, and goalkeeperNash Skoglund made the game-winning save to finish a marathon PK shootout.

FSA FC Boys 05 ECNL showed grit and character to capture the top U-14 title on Sunday afternoon, scoring early and avoiding a late push by Manhattan SC Freedom to earn the 2-1 win.

From the start of the first half, FSA put their attacking wheels in motion using midfiedler Anthony Catanzaro to disrupt Manhattan’s back-line, forcing them out wide. That in turn created space from which his midfielder Daniel Jia could create attacking chances. In the 13th minute, his cross into the box found defender Lucas Almeida, who slotted home the first goal of the match.

Manhattan had another strong scoring chance in the 28th minute with Miguel Saavedra lacing in a cross for Perry. His shot was on target but would hit forward Kevin Rivas who cleared the goal-line chance.

Despite facing considerable pressure throughout the match FSA’s defense held their own with Rivas, Trevor Moretti, Grayson Shaw and Charles Riegel all making key stops.

“As a side we don’t concede many goals,” said FSA coach Steven Stokoe. “We played in a league last year where we conceded very few goals. It is a trademark of our team.”

FSA’s tight organization on the backline allowed for their attack to continue to press and look for an insurance goal. They would find it just before halftime after Jia scooped up a rebound off a kick save by the Manhattan goalkeeper and buried it into the back of the net.

In the second half, Manhattan ramped up the pressure, looking to cut their deficit to one. They were given new hope in the 69th minute, when after a free kick by Alejandro Pelez-Pelaez, Manhattan’s Jedd Horowitzscored on a belter from the top of the box. But they were unable to bag a second before time expired, falling just short on a corner kick chance that ended with a referee’s whistle.

“Overall, I thought we deserved it,” said Stokoe. “In the first half I thought we were solid. Second half, I thought we were being very professional until about the last ten minutes when they put us under a little bit of pressure. But we have a small squad and had a few injuries so in the end I am very pleased with the result.”

For FSA the victory continues an already positive 2018-2020 season. The side is currently in first place in the ECNL Northeast Standings. But by winning the Jefferson Cup the club will hope for more success in the spring.

“Our mindset coming down here is that this is the start of our season,” added Stokoe. “So by winning I think it sets up nicely for the rest of the season.”

In the Elite Division, Woodbridge Strikers 2005 OPDL held off Ives Estate Thunder Premier Black 2005 1-0 to claim top honors in their division. The Strikers defense was on point all weekend, giving up just one goal in four matches, the lowest among all sides in the U-14 age bracket.

The Richmond Strikers defense were once again up to the task of holding off a top attacking side, blanking SUSA EDP B04 6-0 to earn the U-15 Championship title. Sam Roberson netted a hat-trick as the Strikers used a four-goal blitz inside the opening 30 minutes. Edwin Romero, John White and Nur Wasi also found the net during the blowout victory.

Through four matches, the Strikers did not concede a single goal and were the only side in the U-15 age bracket to come away with four shutouts. Their attack was also on point, scoring 11 goals in four matches.

North Carolina FC 04 ECNL showed why they are considered one of the top attacking sides in the country on Sunday, putting seven past Manhattan SC Thunder in their 7-3 win in the Elite Division final.

While the result might say otherwise the first half had the makings of a very close match. Both sides entered Sunday having shown that they have a nose for goal with Manhattan having scored eight goals and NCFC coming away from group play with ten. Both sides liked to use the speed of their outside midfielders, Jaques Lavielle for NCFC and Braedon Smith of Manhattan, to help create chances for their forwards. NCFC were the first to strike with Lavielle finding Brenden Peebles at the top of the box. Peebles whipped his shot past the Manhattan goalkeeper to give his side the lead.

But Manhattan responded promptly with two goals of their own first with Smith setting up Tomas Gutierrez with a strike in the 19th minute. He would get in on the scoring fun just nine minutes later, cutting back on a defender and hitting a low curling effort past the NCFC goalkeeper to give his side the 2-1 advantage.

In the second half, NCFC came out of the gates swinging with Lavielle linking up with his old pal Peebles for three goals in the span of three minutes. Peebles scored the first two (45’ and 46’) on plays similar to their goal in the first half, with Lavielle hitting a pass to Peebles at the top of the box. The two switched things up for the third minutes later with Peebles hitting a cross into the box for an open Lavielle (48’).

Manhattan did get one goal back in the 52nd minute with Martinez scoring on a penalty kick. But NCFC’s attack was too strong with additional goals coming in from Drew Ludwig (55’), Jacob Davila (60’), and Jacques Sousa (70’). Goalkeeper Andrew Bengds made several key stops during the second half to maintain the momentum and was critical in keeping the back-line organized.

So what was the big change in the second half that spurred the surge. Aside from having their backs to the wind, which was blowing upwards of 30 miles per hour, a change in formation seemed to help.

“In the second half we changed up our formation by adding a second striker to try to put more pressure on [Manhattan],” said NCFC coach Douglas Prewett. “I think that made a big difference in the game. But the boys still have to execute so kudos to them.”

Prewett was also pleased with how his side played through the grind of a major tournament.

“There was a lot of fatigue in the second half,” he said. “When you have four matches in two days it can be really difficult for all of the players to manage. But our players slogged through it and found some good moments to put a ball in the back of the net.”

For his side the chance to play in a tournament like the Jefferson Cup. NCFC play in the ECNL Mid-Atlantic Division and are currently in first place through four matches.

“It’s great,” Prewett said. “We come here on an annual basis and it is always super competitive.” He also said with a bit of a smile and some of his players listening in, “Of course we are happy to be holding the big trophy in the end.” 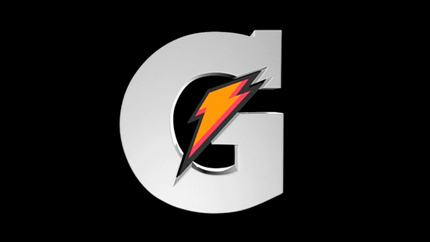 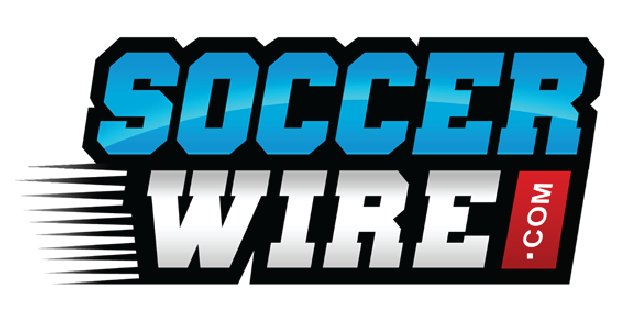